Global collaboration through innovation can connect partners from disparate parts of the world and multiple ecosystems. An example of this collaboration catapulted Israeli innovation onto a world stage at a Start-Up competition hosted by the UN in Geneva a few weeks ago.

The host of the competition was the United Nations Economic Commission for Europe (UNECE), a UN body that was created in 1947 to facilitate greater economic cooperation among its member countries.

Following a call for innovative ideas from start-ups that can change the world, the UNECE received proposals from over one hundred entrepreneurs in 22 countries. A panel of judges chose five of these start-ups to make it to the final round. That final round of judging took place in Geneva at the Palais des Nations during the UNECE Regional Forum on Sustainable Development, a high-level intergovernmental gathering where delegates from 56 UNECE member states committed to acting around the UN’s 2030 Sustainable Development agenda.

And the Winner is…

Start-Up Nation Central’s Executive Director, Wendy Singer, was among the panel of judges who heard presentations from the five finalists. The winner was Catalytic Innovations, a Start-Up that develops electrolysis technology to clean the air and environment.

As a result of collaboration between Start-Up Nation Central and MassChallenge’s global accelerator, the winning team secured a place in MassChallenge’s 2017 Jerusalem cohort. MassChallenge is one of the world’s most renowned accelerators. Through a global network of accelerators in Boston, the UK, Switzerland, and Mexico, and now Israel — their graduating start-ups have raised $1.8 billion, generated $700 million in revenue, and created over 60,000 jobs. The runner-up was a team of high school students from Uzbekistan who created recyclable, homegrown paper plates that they have sold in large quantities to the Uzbek tourism industry. They too were offered an opportunity to be entrepreneurs-in-residence at MassChallenge Jerusalem.

The opportunity to bring together such a wide range of innovative solutions to global problems, all under the UN umbrella, was remarkable. Moreover, through the UNECE Competition, Start-Up Nation Central is further elevating its goal of connecting global problems to solutions in Israeli innovation. In this case, an internationally recognized start-up will be able to take its technology to the next level by being part of the Jerusalem tech ecosystem at MassChallenge.

Sharon Kedmi, the Chair of the UNECE, was especially pleased to bring together these two organizations in a partnership around the Ideas4Change Competition: “This competition catapulted global innovation to an international audience, and gave entrepreneurs from around the world an opportunity to compete for a much sought after opportunity to be at MassChallenge in Jerusalem.” 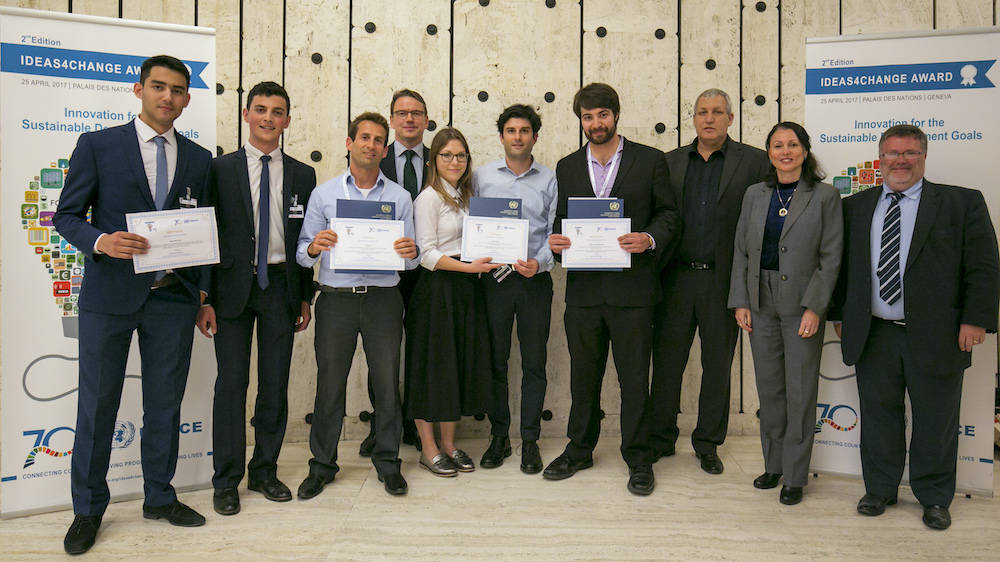 Wendy Singer is Start-Up Nation Central's Executive Director, following a 23-year career at AIPAC. During the last 16 years, Ms. Singer served as Director of AIPAC’s Israel Office, and was previously a registered lobbyist for AIPAC on Capitol Hill. Singer also worked for five years as a legislative aide in the House and the Senate. She lives in Jerusalem with her husband Saul and their three daughters.