Video games are cool. Whether as a fun pastime or as a serious hobby, the fact remains that they are entertaining and once you start, it’s hard to stop. Video games have a phenomenal appeal, across an exceptionally broad demographic. They are not just for adolescents – game players range across an array of ages, from childhood through to the latter stages of maturity, including an equal distribution of men and women who engage with and enjoy the products of the digital game industry.

As we stated above, video games are cool. In fact, the perception of the industry is so incredibly cool that it is almost considered to be part of the entertainment business. It follows then that anyone involved in the design, creation and manufacture of video games is also cool. Countries in which video games are created have their street cred beefed up 200% by definition. Take Poland and Finland. Both are beautiful, interesting countries, rich in culture and history – and also, it would seem, rich in developer talent, IP, and high-quality video game know-how. Both countries have rapidly expanding industries centering around the development of high quality video games, a wealth which puts them well and truly on the map, in the minds of many – in particular the next generation of video game players. 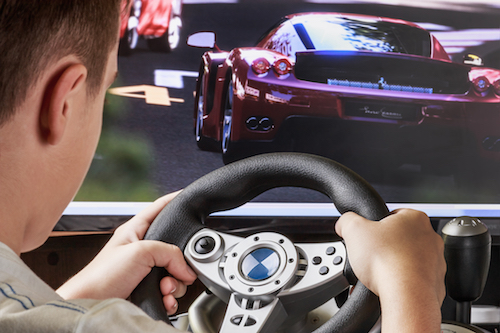 Let’s be very clear about the subject at hand. The term “gaming” can be used with regard to any sort of game, although the term is often perceived by many to mean a specific kind of game, which involves monetary payouts – in other words, gambling and/or casinos. While technically speaking, this is not an inaccurate use of the word, it does offer a somewhat distorted perspective. The term was hijacked by those who create online casino ventures, and games which garner monetary payouts as rewards, and the video games industry are adamant that there should be no confusion between the two separate entities.

Is Gaming the Next Cybersecurity?

So how does this relate to the subject of Israel’s home-grown video games industry? If we take a look at how the land lies as far as the Israeli Video Game industry is concerned, the view is very interesting. Israel boasts nearly 200 companies who create and develop digital games. These span a variety of specializations, including variously mobile gaming, hardware development capabilities, gaming monetizing platforms and AR/VR/MR. Revenues for video games in Israel total more than a billion dollars, and several Israeli companies are already recognized as global leaders in the field, in particular the companies that develop games for mobile platforms.

There have also been some extremely successful exits in the industry. In fact, the accumulative value of the exits made by the 20 largest Israeli video games companies totals somewhere around $46B over the last five years, including: Playtika, acquired in 2016 by Shanghai Giant for whopping $4.4B. Clearly, Israel boasts much homegrown talent. For example, in 2015 it was recorded that of the top ten Facebook game developers, at least three were Israeli. In addition, there have been many success stories in and around the hardware and technology of video games, including innovations in such areas as gesture control, virtual reality hardware, mobile hardware for gaming (such as ironSource, or the creators of Kinect, PrimeSense, who were bought by Apple in 2013). In short, the growth and success of the video games industry can significantly contribute to the expansion of Israel’s ecosystem, offering many benefits and much future promise.

One of the more acute issues facing high-tech is the reality that the pool of human resources is running somewhat dry. That said, the gaming industry is not in direct competition with the rest of the high-tech industry. Other sectors “share” engineers – a software engineer can cross from Fintech to cybersecurity to Digital Health with alacrity – although they do so each at the expense of the other, without increasing the pool of talent.

It’s interesting to note that we are always looking to see how we can make the broader high-tech industry grow, however, as things stand it is largely a case of “taking from Peter to pay Paul”, and the paradox is that there are simply not enough engineers. However, in the Digital Game industry, the situation is somewhat different. Engineers in Digital Games are far more likely to be closer to entry-level. To successfully work creating video game software, engineers do not need to be experts in algorithms or machine learning or big data analytics. The skill set is in and of itself more adapted to entry level, meaning that there is a lower shortage. In practical application, this means that there is more work and more workers available to fill the positions.

The video games industry provides high-tech grade employment to people who are not usually found in high-tech, or those who feel able to apply to enter it, such as graphic designers, musicians, artists and storytellers. In these professions, generally speaking, making a salary that is equable with a high-tech wage is much more complicated. These are professions that largely comprise freelancers, a different and separate community of independent workers who are often also being supported in some way by the economy, rather than the other way round. With the advent of Digital Games, the paradigm shifts significantly, and human capital does not experience the crisis that it does in high-tech. All of which makes the Digital Games industry a huge potential for gainful employment and financial viability. And if you consider the global M&A possibilities, the sky is genuinely the limit.

Jeremie is an entrepreneur with technological expertise in consumer electronics, software, and 3D imaging industries. Jeremie previously served as the Director of Worldwide Business Development at PrimeSense (acquired by Apple), Director of Marketing at GameGround, and VP of Business Development at Zonerank. Over the course of the last decade, Jeremie has mentored and advised various investors incubators and startups. He is a co-founder of GameIS, the Israeli digital games association, and sits on the boards of several innovative technology companies