Israeli cybersecurity companies are gaining more opportunities to grow, become profitable- and position themselves as industry leaders. As a result, the nature of the investments in these companies appears to be happening at a later stage, on a more frequent basis- once they are as more substantially established.

There are also further indicators of the increase in maturity of the local industry. Three of the five largest investment deals over the past few years happened within the cybersecurity industry (SentinelOne, Cybereason, Skybox). There has also been a notable increase in the average size of investment deals raised by early and late-stage start-ups, and the aforementioned increase in late-stage investments.

2017 also saw more funding deals in which international investors participated than those in which Israeli investors played a part, proving yet further the growing recognition of Israel as a global leader in cybersecurity.

Over the year, cybersecurity incidents continued to dominate world headlines, demonstrating a steadily escalating trend of cyber and ransomware attacks, with high profile breaches including WannaCry, NotPetya, the Equifax data breach, and the CIA leak, which collectively indicate very clearly that regardless of claims to the contrary, no organization is immune to cyber attacks. 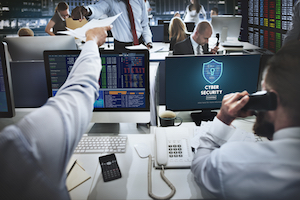 As previously mentioned, the Israeli Cybersecurity sector continued to grow and mature over the course of 2017. Several events occurred during the year, which not only solidified Israel’s position as a source of innovation for cyber defenders all over the world, but also demonstrated, in terms of funding, development and revenue, that the Israeli industry has reached a new level of experience and wisdom.

In terms of “population” growth, seventy new companies were founded within the cybersecurity sector during 2017, bringing the total number of active cybersecurity companies in Israel to a whopping 420. In terms of funding growth, Israeli cybersecurity companies raised a total investment sum of $814.5M in 2017, both in venture capital money and private equity. This is the third year in a  row that the amount exceeded the amount raised by investments in a previous year – this time, an amazing 28% more than in 2016.

The cybersecurity industry most invested in was the US, however, running an impressive second place was Israeli cybersecurity, with 18% of global investment landing on its sunny shores.

IoT is Where It’s At

From both a global and a local perspective, 2017 will be noted as the year in which the cybersecurity sector began to devote highly significant efforts into the defense of IoT and Connected Devices; particularly in specific IoT segments, including medical devices, automotive systems, and industrial control systems.

Did You Know…?
One of every three new start-ups founded in 2017 is involved with IoT Security.

Start-Up Nation Central’s Annual Cybersecurity Report  offers a comprehensive and up-to-date analysis of the state of the Israeli cybersecurity ecosystem, its trends and how they reflect the global challenges that the corporate world and states deal with.

Something else covered by the report is the attractiveness of the Israeli cybersecurity industry for multinational companies. There are now 30 multinational companies from various industries with cybersecurity-related R&D centers in Israel. Furthermore, several new international players entered the local industry, and opened R&D and cyber innovation centers in 2017, including Symantec, TD Bank, Renault, Daimler AG, and Harman.

Nir Falevich is the Cybersecurity Sector Lead at Start-Up Nation Central. His aim is to connect business and government leaders with the people and technologies in Israel’s Cybersecurity sector that can solve the most pressing challenges. Prior to his role as a research analyst at Start-Up Nation Central, he was Business Intelligence Developer at Ginger Software, a US and Israel-based ed-tech software company. Prior to that, Nir served in several positions in IDF’s Technology & Intelligence Unit 8200. Nir holds a B.A. in Philosophy, Political Science and Economics (PPE) from the Hebrew University.