The following feature is part of a series of posts highlighting the stories of entrepreneurial women in the Israeli start-up scene. Find out what they believe it takes to get ahead in the largely male-dominated industry, the various challenges their companies face, and hurdles they’ve overcome.

Karin Kloosterman isn’t just another entrepreneur – she’s a woman looking to make a difference. By combining the knowledge she gained from her biotech degree, along with her unparalleled passion for plants and a strong desire to improve the earth, Karin founded the innovative biotech company, Flux.

Karin’s biotech achievements include founder and editor in chief of the internationally recognized impact news magazine, Green Prophet, founder of CannaTech, and founder of Mars Farm Consortium, an international group of wave-makers looking to promote sustainable life on planet Mars.

Karin Kloosterman shares her story with us, along with entrepreneurial advice.

Tell us a little bit about your company.

We’ve created a technology (hardware and software!) that learns the language of plants, helping consumers and businesses grow awesome food. Because the solution we needed didn’t exist, we developed our own innovative IoT platform. During the process, we also found out that it’s a very exciting opportunity for any industry that wants to apply artificial intelligence and deep learning to its business model.

What are the biggest challenges your company faces?

Fundraising and focus. We tend to get sidetracked by a lot of promising opportunities. Also, with the energy spent on fundraising, it means we aren’t able to devote our time to developing the product [as much as we’d like to].

What from your background helps you in your journey as an entrepreneur?

My parents were both immigrants to Canada, who learned how to build new lives in a new country. I am the same, having decided that Israel would be my new home. When you come with nothing, and start from zero, you have both everything and nothing to lose.

In practical terms, I worked as a journalist for 15 years and interviewed dozens of hundreds of companies from Israel, speaking mostly with the founders. I could ask them anything I wanted, which helped me understand the hardest parts of their businesses. As a biologist/environmentalist, I could see the holes in the technologies coming out of Israel. I wanted to think bigger, in a way that would 100% benefit people and the planet.

Plus, there is an amazing network to support you in Israel, from the idea stage to Series C fundraising. There are organizations like StarTAU that help founders, graduates of army unit 8200, and so many others.

Why do you think we don’t see more female founders?

Lack of role models. I’ve been to so many events and hundreds of meetings with potential business partners and investors (yes hundreds!) When nearly all the people you meet are men, it’s disarming. No doubt there is sexism in the industry, and I am rare in that I am a woman creating a technology that isn’t about fashion or babies. Those ideas are expected of women.

I have been very discouraged as a woman in the high-tech world. It’s not an easy journey, and while it makes me stronger, unless the industry changes (i.e. gives more women speaking, judging and investor roles) it will continue to be a dog-eat-dog world out there. It’s ugly and beautiful at the same time.

Another reason [that we don’t see more female founders] is that women get the opportunity to have the biggest startup project on the planet, which is having children. Men don’t get to give birth, and for the most part don’t get to be primary caregivers. I guess for that reason, they seek to give birth to ideas.

The women I know in startups tend to build environments around them. This type of holistic business generation isn’t yet a standard, so there is still too much room for sharks to move in. When I say sharks, I mean people who ONLY care about making money. Recent business trends suggest that sustainable, fair businesses will eventually be more profitable than ones that just make money. Don’t get me wrong, we aim to be a billion-dollar company, but we will only work with people and companies who share our ethics.

What is one piece of advice you would give to other entrepreneurs in general, and female ones in specific?

The best advice I got from my business advisor in New York (Arie Abecasses/ICONYC Labs) is a quote by Yogi Berra: “90% of success is just showing up.” It doesn’t matter if you are a woman or a man. If you just stick with it, and you keep on trucking, you will be successful. That might not mean a big exit, but by being in a startup and sticking to your guns, your success will follow in a surprising and meaningful way. 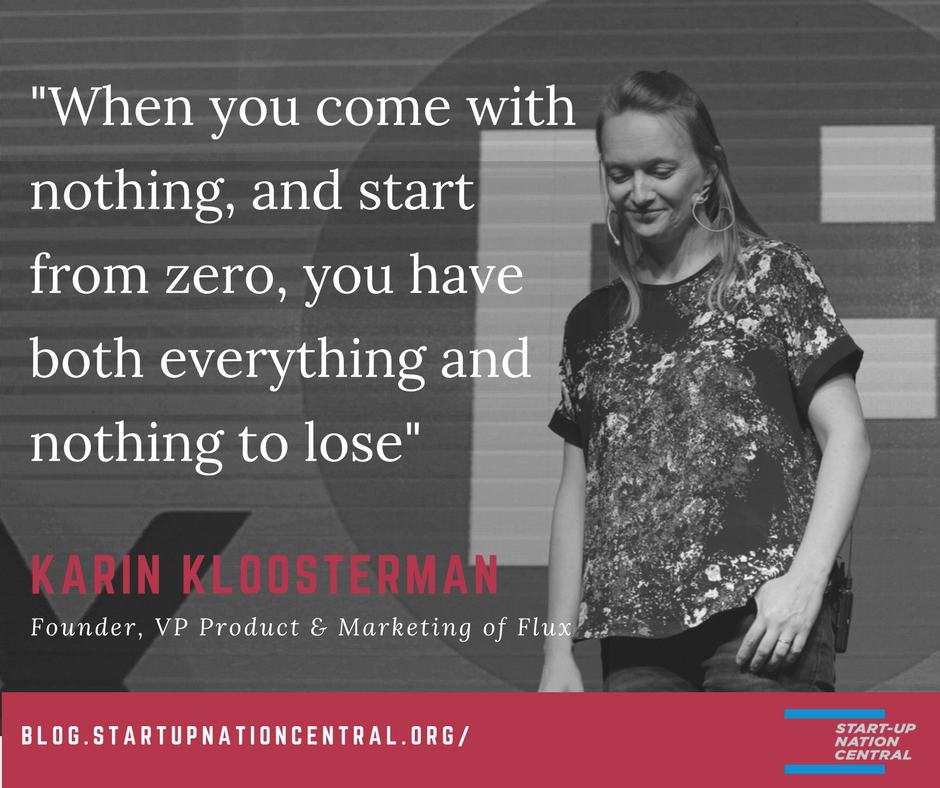 For the past 20 years, Inbal took a leading role in the flourishing Israeli Hi-Tech sector and serves as Senior Advisor to Start-Up Nation Central. Featured as one of the 100 Most Influential people in Israeli hi-tech and as one of the 100-tech-business-women-speakers in the world. Inbal lectures widely on the Israeli innovation and start-up ecosystem to business and government leaders in Israel and abroad. Among her most popular lectures is “The Roots of Entrepreneurship,” which analyzes how Israeli culture breeds entrepreneurship at a very young age. After serving as a Lieutenant in 8200 and as Head of Faculty at the Intelligence Officers’ School, Inbal was Executive Member and General Counsel to several Israeli high-tech companies and start-ups. Unable to fight the entrepreneurial bug, she founded a series of resources for innovators and top entrepreneurs, providing them access to the secret sauce and unique methodologies developed in Israel’s elite units.