What’s your favorite protein? It’s a subject over which opinion is broadly divided. Vegans are likely to opt for almonds or Brazil nuts. Vegetarians and pescatarians tend to choose between eggs, good French cheese or salmon. Carnivores are likely to leave dust clouds in their wake as they stampede towards the barbecue with a blood-rare steak in each hand, and an appetite-fueled glint in their eye.

It’s not so much about which protein wins a popularity contest. It’s more about the rapid rise in population growth, a greatly-increased global life expectancy, and the fact that inordinately large amounts of protein are consumed globally. Put together, all this means that the global demand for protein is expected to double in size by the year 2050, and the current sources of protein are limited. Neither animal nor fish protein sources are particularly sustainable, and both have a detrimental impact on the environment. Furthermore, while plant-based proteins may appear to be healthier, they are offset by the amount of heavy processing required to produce edible protein products, which reduces the health benefits that they may have otherwise offered.

The demand for high-quality, sustainable protein alternatives is predicted to skyrocket over the coming years. Yes, there are known substitute protein sources, such as algae proteins or cultured meat, but they have limitations of their own. Algae protein is infamous for its heavily distinctive taste, and cultured meat is at least a decade (if not more) away from becoming commercially viable. These are not the only recognized sources of alternative protein. Insect protein is drawing a great deal of attention – crickets in particular – although these are also accompanied by their own set of problems. Crickets possess a very distinct smell and flavor which is hard to mask, making them a complicated ingredient with which to work. Additionally, crickets present a huge problem in terms of mass production: since they act very much as individuals, they tend to die off rapidly when kept together in highly dense quantities, which means that they do not suit intensive farming, raising a number of red flags, especially that of cost-effectiveness. 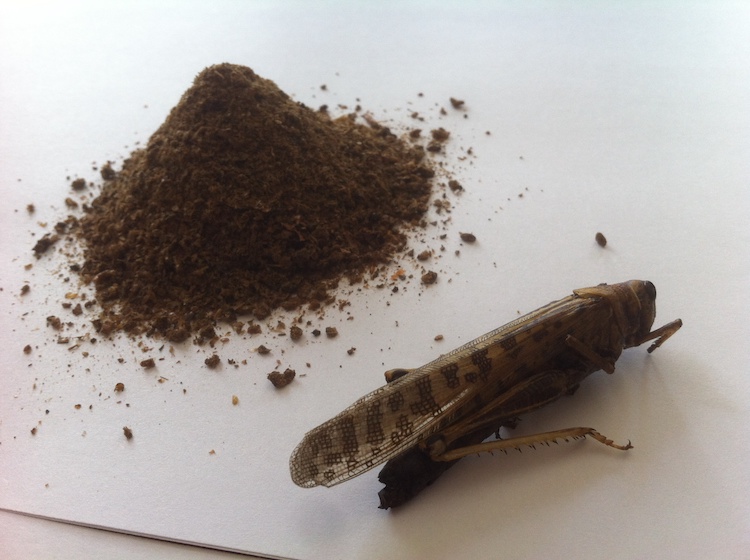 It’s clear that a revolution is required in terms of what constitutes alternative healthy and protein sources. And if Hargol, the world’s first industrial grasshopper farm, is to be believed, this revolution is just around the corner. While grasshoppers are hardly the protein of choice within the context of the Western world (with the exception of the Chapulines grasshopper, a sumptuous Mexican delicacy), Hargol believe that the future lies in growing grasshoppers on a commercial scale in order to deliver a healthier and more sustainable protein for human consumption. Admittedly, while it’s rare to hear someone answer the question, “What’s your favorite protein?” with “Grasshoppers!”, it is also Hargol’s fervent belief this may well be about to change. It seems that they have a very good point.

Grasshoppers have an incredible protein content of 72%, with all the essential amino acids that healthy eating demands, and without saturated fat or cholesterol. Moreover, grasshoppers are neutral in taste and flavor, (unlike their perceived alternative, the cricket), which makes them a wonderful ingredient for energy bars, protein shakes and other products. In terms of farming and mass production, grasshoppers have a tendency to swarm, which makes them ideally suited to intensive farming. 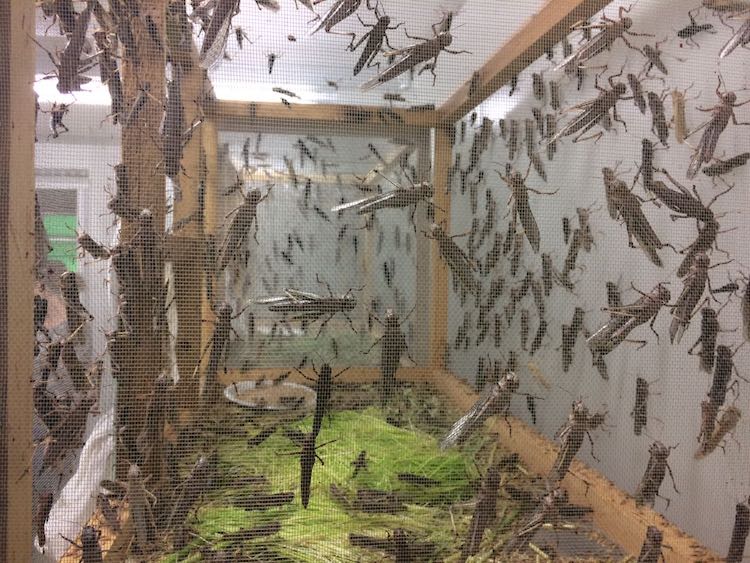 Established in Northern Israel in 2016, Hargol has made grasshopper farming both efficient and scalable with an innovative vertical stacking cage solution, which enables ten times more biomass per square foot, while maintaining a sanitized and well ventilated environment for grasshoppers.

Hargol’s invention is a huge improvement on existing methods, which generally involves keeping insects in deep bucket-like containers, and is highly problematic in terms of sanitation, as well as the grasshopper’s comfort, body temperature and lifecycle. What’s more, by managing to reduce the incubation period from forty weeks to two, Hargol have increased the number of annual lifecycles from one to ten, and farm grasshoppers year-round, where others have only ever been able to farm seasonally.

Hargol’s innovation is a real game changer, revolutionizing grasshopper farming to make it a viable way in which to produce a healthy and sustainable source of alternative protein. Not only is the protein feasible for human beings, it is also a good source of protein for household pets and other carnivorous animals.