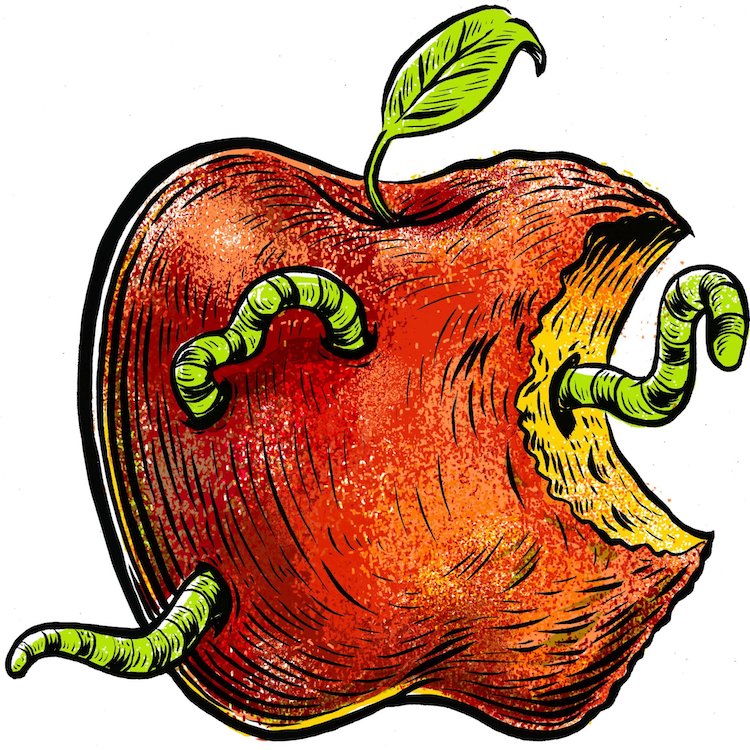 The saying speaks of one rotten apple in the barrel spoiling it for everyone – and largely, that’s true. But wouldn’t it be great if that one occurrence of decaying fruit was so rare it was almost non-existent? No doubt you’re thinking that such a thing is contrary to the forces of nature. And so it was, until BotanoCap arrived on the scene.

BotanoCap’s mission is to provide solutions for the supply chain of fresh produce, using no poisons, chemicals or anything harmful. BotanoFresh, their flagship product, is made utilizing essential oils from only natural products, for example, spearmint and oregano. BotanoFresh is revolutionizing the fresh produce supply chain by dealing with the various fungi and bacteria which cause fresh produce to rot and decay, addressing the particular issue of a non-cold storage supply chain, which is what makes it a true game-changer. Not only does this mean that all their products are eco-friendly and sustainable, but they’re also actually edible. (If eating solutions for keeping fruit fresher and healthier while it’s in long-term storage appeals to you.)

Chemical Engineers on a Mission to Save the Planet

As a company, BotanoCap is comprised largely of chemical engineers who constantly challenge themselves. They started by encapsulating essential oils in liquid form, using the minimum amount of 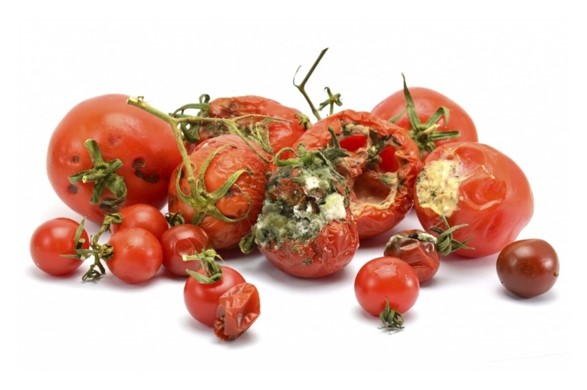 oils for the maximum effect in a successful attempt to be cost-effective. Initially looking to produce an alternative to spray chemicals, BotanoCap changed direction when they realized that the competition was too fierce, dominated as it is by huge industrial chemical companies. In search of a niche, they happened upon the fact that spray chemicals are now banned in Europe, and identified the need for an alternative as their potential market.

For many varieties of produce, harvest is an annual event. Take potatoes, for example. Once the annual harvest is complete, the produce is kept in cold storage for months until it’s time to ship to market. However, cold storage only goes so far in terms of prolonging the life cycle of a potato – or grapes or strawberries for that matter – and even then, cold storage does little to halt the natural processes of decay, fermentation, and rot, for example, with potatoes and other tubers, sprouting is still a problem. According to the UN FAO SAVE FOOD Initiative 2012, 45% of root vegetables and tubers are wasted at the consumption stage alone, which in practical terms equates to just over one billion sacks of potatoes. It’s the same percentage as the global food loss of fruits and vegetables (45%), which have the highest wastage rates of any food products – almost half the fruit and vegetables produced go to waste because of natural decay during the period of storage, up to and including on the shelf at the grocery store or supermarket. This was the niche for which BotanoCap had searched. Utilizing their patented eco-friendly, essential oils-based, microencapsulation technology, they realized that they could address global post-harvest food wastage. The product needed to be simple, so that it could be used by farmers across the globe regardless of access to modern methods and technology, and practical, in order not to add extra layers of complication to the supply chain process. The answer was clear: smart packaging, or to be even clearer – paper that uses the essential oils of BotanoCap’s microencapsulation technology to create an immediate environment that suppresses the growth of bacteria and fungi. 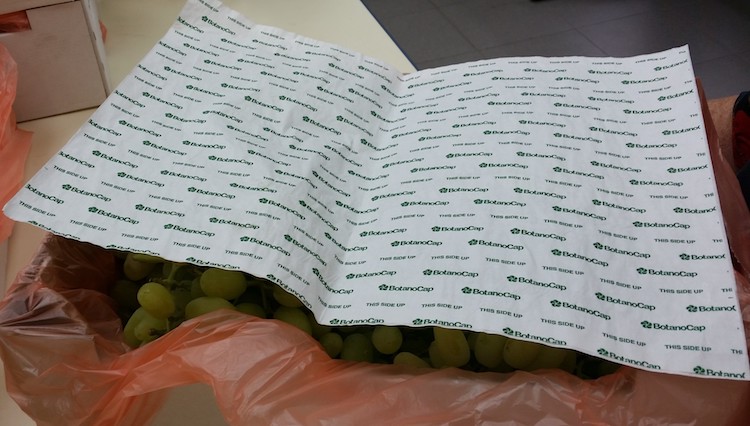 Using only natural products, BotanoFresh is printed on regular industrial printers, but instead of adding ink to the print run, microencapsulated oils are added instead. BotanoFresh papers are then laid across the boxes of produce immediately after they are harvested, prolonging the product’s shelf life by controlling its temperature, keeping it healthier and fresher. 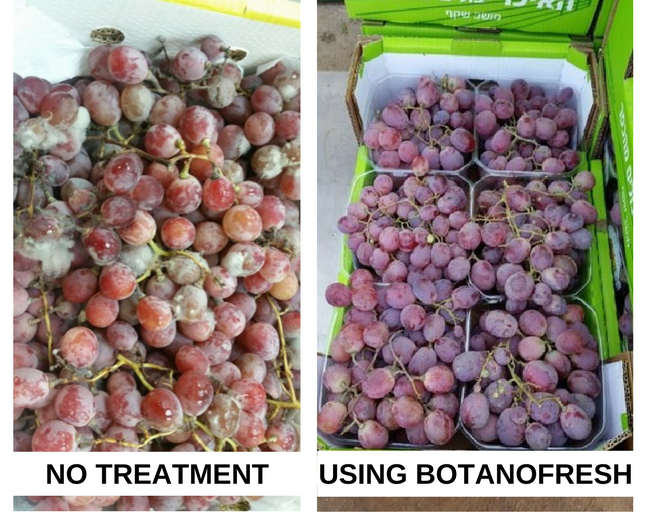 The unique nature of BotanoFresh lies in its use of all-natural products, which not only makes it highly effective, but also gives it a significant edge over the various other types of solutions currently available in the market. Such solutions include MAP (Modified Atmosphere Packaging), which uses polymers to create special plastics that keeps the produce when packaged, but is far less effective than BotanoFresh because it enters the game too close to the end of the food supply chain. Sulphur Dioxide, a chemical compound which is extremely effective in keeping produce fresh, is another method surpassed by BotanoFresh,  because it neither green nor eco-friendly, and thereforeit is prohibited by many countries across the globe.

BotanoFresh helps halt the natural processes of decay, due to BotanoCap’s micro-encapsulation methodology – by encapsulating the essential oils, they are disseminated using a slow-release technique and can be effective for a long-term period, making cold storage far more effective. In countries where cold storage is not an option, and the supply chain is executed at room temperature, such as China and India, BotanoFresh comes into its own, making a world of difference in the shelf-life expectation of the produce. 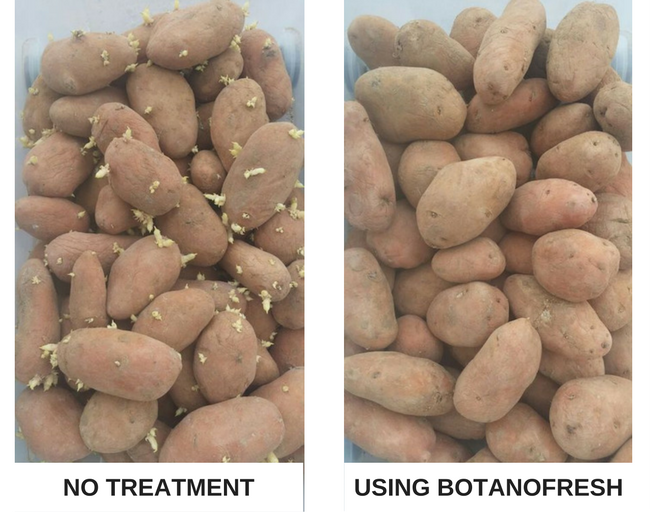 Each “flavor” of BotanoFresh is designed for a specific produce, each of which has their own natural shelf-life, so each flavor varies in length of effectiveness. For example, strawberries can be kept fresher for up to 6-7 weeks, whereas potatoes can be kept edible and sprout-free for up to three months longer.

There has already been a significant improvement in the lifecycle of produce that has used BotanoFresh papers while being transported from one place to another, even cross-continentally. While there is an added cost in including BotanoFresh to the supply chain, it’s also much cheaper to use this solution than experience the loss of wasted produce.

Going forward, BotanoCap plan to offer future forms of the product in addition to the current variety, such as a replacement for the chemically treated blue bags used when growing and harvesting bananas. These will enable further types of produce to be kept decay-free and healthy for longer, without recourse to chemicals and poisons.